Presidental Playlist…And the Winner is Obama

Here is a playlist created on spinner.com and the AOL Music staff that was aimed at listeners to inspire voting yesterday. Here is the winning playlist:

This song’s charm and classic Motown sound matches Barack’s easy-going personality and the emphasis in the lyrics on “Got to have all your lovin” is the perfect metaphor for the fact that every vote really does count! — Caitlin White, AOL Music Editorial Assistant

Another One Bites the Dust/ Queen

Obama successfully won the presidency when he campaigned against Republican John McCain in 2008. While he accepted his victory gracefully, we can’t help but wonder if he’s already prepping for another win, this time against Romney. We can just hear him now: “Are you ready? Are you ready for this?” — Maggie Malach, AOL Music Intern

President Obama should surely appreciate that Young — a big supporter of the administration — wrote it as a critique of George Bush Sr. and his perceived failings of the poor. More importantly, Barack should get amped up by the indisputable fact that it’s one of the greatest rock anthems of all time. — Dan Reilly, Editor of Spinner 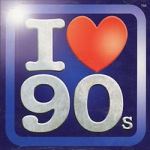 In Chumbawumba’s UK homeland, “tubthumper” means politician and this 1997 tune’s indelible chorus certainly applies to Obama right about now: “I get knocked, down but I get up again/You’re never gonna keep me down.” The lyrics about drinking whiskey, lager, vodka and cider — not to mention the band’s anarcho-punk politics regarding income inequality, war, feminism, gay rights and community activism – also mark this as the ultimate anti-Romney tune. One strike against it, admittedly, is that “Tubthumping” was Chumbawumba’s only hit — but on the other hand, it’s never gone away. — Josh Ostroff, Editor of Spinner Canada

With all of the criticism that’s been hurled his way in the last year, this 1992 gem from the arena rock heroes would serve great as an anthem for the Obama campaign. — Carlos Ramirez, Editor of Noisecreep 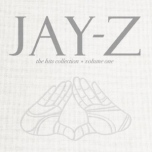 As President Obama and celebrity supporter Jay-Z continue to sing each other’s praises, it’s only appropriate that the president have a Jay-Z classic on his debate pump-up playlist. “Encore”seems like the natural choice for the man who’s ready to give his encore performance as a second-term president. — Contessa Gayles, AOL Music Associate Editor